What has Jos been up to?

Hey there Blog, how’ve you been? I’ve been trying to keep myself busy. I’ve had a really good year so far, done lots of things I would never have done. Pretty proud of the way I’ve pushed myself past my comfort zone in some ways. Gearing into the fall I want to squeeze in as much activity as I can between work and other life things. I haven’t done an update on how my weight loss, health and physical fitness are coming along so I wanted to give a rundown of how I’m doing and what I’ve got planned for this fall.

Healthwise I’m doing pretty good. The whole reason I started this blog and weight loss goal was because of my blood pressure, that’s how I ended up in the hospital and had what some might refer to as my wake up call. I’ve been checking my BP periodically and every time I’ve come up normal, great in fact. I stopped taking medication almost a year ago and I haven’t found much need for any since. In fact I’ve tried my best to steer clear of any medication. As I continue to learn about the power of healthy eating I’m learning more about the effect food has on my body and slowly learning how to counteract the common ailments I come across from time to time. Except for the occasional injury, like my shoulder, I try not to avoid even ibuprofen. So far it’s been good and I don’t think I’ve felt better in my life.

Weight Loss- Not much weight loss lately but that has a lot to do with food. I’ve been in a bit of an indulging/cleansing cycle that might not be the best but I will admit since I’m not gaining weight I haven’t felt terribly guilty about it. I am beginning to notice a change in my body, perhaps it’s replacing that pound of muscle with a pound of fat. I could blame it on the whole kitchen remodel but I know the truth of it is there will always be an excuse. Interesting side note, I came across an article about veganism. Not that I’m curious to try veganism but in it the author mentioned an interesting note about what their lifestyle change did to affect more people than they realized even and how that led them to hold themselves to a higher standard. I found that profound because I did notice people around me mention how they had made small chances in their diet and exercise habits because of me. In fact I noticed my mom has prepared her own meal plan with nutritional shakes and all. That felt very motivating and I’d like to go back to that routine that allowed me to feel better and as an unintended consequence lead by example. Feels good.

Now for the fun part- I’ve got some great events lined up for October and November that I’m very excited about.

Duathlon del Sol Oct 13- ON a bit of an impulse I signed up for a duathlon in two weeks. I thought it would be a good way to switch up my routine for Tough Mudder. I’m doing their short version called the Duathlon Sprint which is a 3k run, 15k bike ride and 3k run again. I have the shoes and I have a bike not a cycling bike per se but it’s the only bike I have. It’s kind of rusty and the gear are stuck so I feel like I’m pedaling fast for less effort but it has a nice wide seat that I can work with. I tried out a fancy expensive cycling bike to the determent of my glutes so I’ll stick with the rusty bike, it gets the job done. I’m looking forward to the new experience but I can’t say I enjoy cycling as much as I thought I would. I’ll keep training and see between now and Oct 13 if my opinion of biking improves. I had toyed with the idea of adding a triatlon to my bucket list items but I’m not big on swimming either. On the other hand I do believe if something scares you it’s probably something you should try at least once.  We shall see. I’ll do a post on how my training and the even goes.

Run With Los Muertos 5k Nov 1st- This looks like a lot of fun. It’s a night race on the Mexican Day of the Dead holiday. As opposed to Halloween, Dia de los Muertos is meant as a day to remember and honor loved ones that have passed and honor a family’s heritage. It’s a day full of cultural significance in Mexico and I like that a local city has taken up this holiday’s celebration and incorporated a race. I anticipate there will be runners in costume and calavera face paint. I’m sure it will be a very fun event. Now I need to recruit people to run it with me.

Tough Mudder Nov 9- I’m a month away from Tough Mudder! The day I learned about this evenr I knew I wanted to do it. Since I’ve been having a really good year I felt this would be one of the cherries I wanted on my fantastic 2013 cake. My training for Tough Mudder has been mostly Boot Camps and Kickboxing classes at my favorite gym, Next Level Fitness. The classes are designed to increase my work capacity and since they change every time I know I’m working out every part of my body. The classes also follow the circuit training outlined in the Tough Mudder Boot Camp Training guide pretty closely. I’m confident I’m training the right way although I feel I need to push myself more in order to improve my fitness level. The plan is to double up on my Monday, Wednesday and Friday classes and get two hours of boot camp in. I’m going to wait to do that for a couple of weeks because I’m doing a duathlon. Speaking of recruiting it turned out to be very difficult to get anyone to make a team with me. I managed to get one friend to be part of team Death Brigade but I would have run this thing on my own anyway. I’m counting on the promoted camaraderie of Tough Mudder to help me get through some of these obstacles (I’m looking at you Everest!)

Martha’s Village & Kitchen Thanksgiving Day 5k AND Sub30 Virtual 5k Nov 28- I’m doubling up on my race record Thanksgiving day. A local shelter for homeless has a 5k run in Palm Springs that day. I wanted to go to it last year as my first 5k but I didn’t get a chance. I’m not missing it this year. I’m also taking my time during Martha’s 5k and adding it to my second virtual 5k- Sub 30 Virtual 5K organized by one of my favorite bloggers Andy Aubin from Running My Ass Off. I would love to triple threat this run and record it for Charity Miles but it seems their app is not working on my Android phone again. I don’t blame them, I don’t like working with my phone either.

I’ve love to add a race or two in December I just have to find one. I think there is a Santa Run in Palm Springs and the Skyborn Half Marathon that goes through the high desert of the Coachella Valley. I’m tempted to end the year with a half marathon but I’ll wait to see if logistics allow me to run it.

So that’s what I’ve got going on. Looking it over it seems pretty exciting. I’ve got my calendar full and I like it. When in doubt there is nothing wrong with diving into the hobby of YOU. So I’m going to try just that. 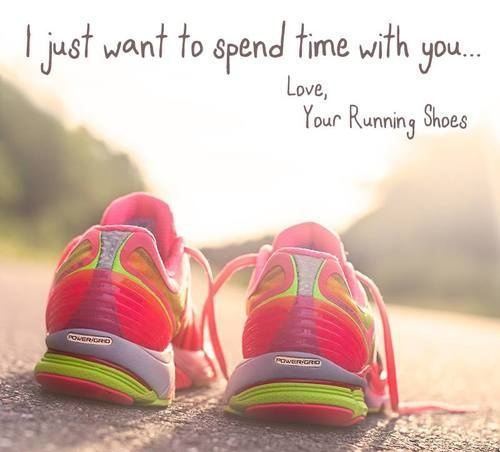 3 thoughts on “What has Jos been up to?”