Another 5k in the books!

Last Friday I got to run one of the races I had planned this fall: the City of Coachella’s first annual Run with Los Muertos 5k. It was a great mix of a Mexican cultural celebration of the Day of the Dead holiday and promotion of healthy living. An appropriate contrast if you ask me. If you’re not familiar with Dia de los Muertos, in a nutshell it’s a Mexican holiday that’s celebrated the 1st and 2nd of November to remember and honor a family’s deceased relatives and ancestors. It has a very rich cultural heritage and is very colorful. There’s altars built to honor passed family members with flowers, food and gifts of personal objects of the person the altar is for. Skull art is very prominent in this holiday, not exactly a celebration of death but an acknowledgement of it as an inevitable part of our lives. It’s more of a celebration of life and those who we shared our lives with that are no longer around.

Along with  the festival was a 5k night time run along downtown Coachella and it’s adjacent neighborhood. I think there were about 300+ runners at the race, a fantastic turnout for it’s inauguration. There was a lot of excitement and people dressed in their running gear AND in sugar skull makeup which I thought was awesome! My sister registered for the event with me. This was her very first 5k run and I couldn’t be more proud of her. She and friend walked the event together and they let me do my run. I was feeling pretty good since I had done a morning jog at the Olympic Training Center in Chula Vista that morning. Save for a time between mile 2 and 3 where I got a stitch on my side that made running uncomfortable I did pretty well and I actually improved my time. 35 minutes 17 seconds, that’s an average of an 11 min 22 sec mile: A PERSONAL BEST! YEAH! So far so good, I do a little better each time. You know what that means though right? You can’t reach a goal without setting up another one. So now I’m aiming for mile run under 11 minutes and eventually at 30 min 5k.

And then there’s THE BIG EVENT of the year. Tough Mudder is less than a week away! Am I ready? I don’t know but I’m very excited for my first Tough Mudder and I plan on earning that orange headband one mile, one obstacle at a time.

It was a great event. A huge success and I hope Coachella will make it a regular celebration, you can sign me up for next year right now. 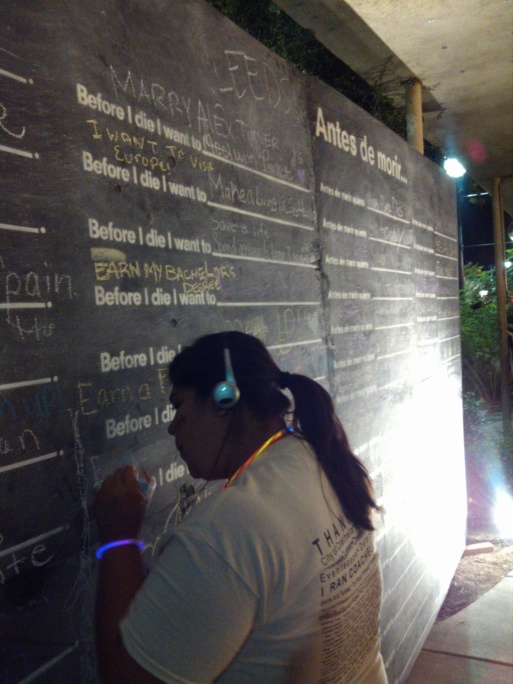 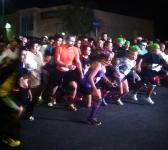